"You wake up and find yourself in a cell with three strangers.  The last thing you remember is being attacked by a group of thugs ..."

"The bartender tells you that the hooded man at the corner table is looking for a few good adventurers.  It looks like three others have already found their way to his table.  He noties you looking, and beckons you over ..."

"As a member of the local adventurer's guild, you have been given an assignment to work with three other apprentices ..."

Just throw the party together on the first day, and they'll get along fine--each with his or her own agenda, each optimized to survive alone.  If the party doesn't get along, you penalize the players for not acting like a team.  Except, they aren't a team--they just met, and know nothing about each other.  While I have often use this method in the past, I would like to repent of my ways and move on.

The system presented in FATE is a great way of not only conceptualizing characters, but also unifying a party.  So, I figured I would adapt something like it as "Step Zero" in the character creations process in my games of 5th edition.  To do this correctly, the entire player party should be present without having yet created characters.  Players should have an idea of what they want their characters to be, but should not have put anything to paper yet.  For the party to be cohesive, every element should be fleshed out together. 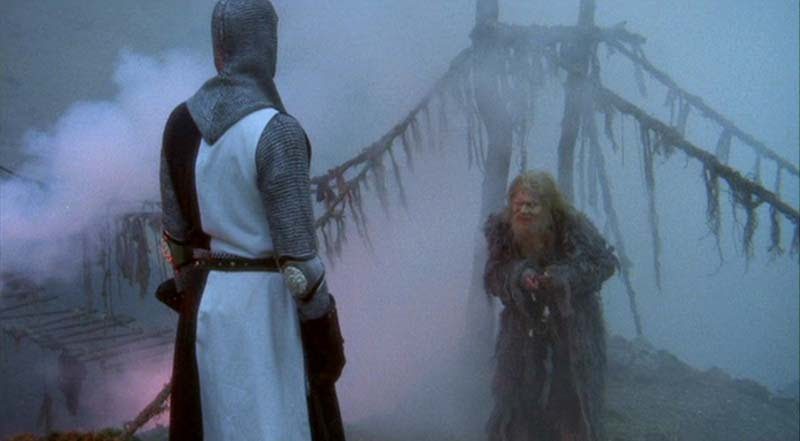 During this process, you will identify "aspects" for your character (to borrow the FATE term).  Each of these will be a short statement, formed as an answer to a specific question.  These aspects should be specific without being too detailed.  After defining these personal references, the party will use them to interact with each other.


In FATE, aspects are very short statements that form a fundamental, mechanical part of the system.  When transferring them over to 5th edition D&D, their nature changes to accommodate the rules of this system.


What is your Name?

Who is your character?  While you could include name here, I've found that players like to wait until the end of the process before capping off their characters with names.  You could answer the questions of race, class, and/or background here--but don't feel obliged to do so.  Your "name" includes those parts of your character which are defining characteristics.  For clarity of reference, we will call it your Identity.

What is Your Quest?

What caused you to learn an adventurer's trade?  Most characters in the world, commoners or nobles--are not fighters, clerics, rogues, or wizards instead, they are simple folk with simple occupations.  Your character is greater than his or her peers.  Why is that?  Are you running from something?  Trying to find something?

If your group agrees, you can keep your quests secret from each other until the next step.  Doing so will allow two players with similar ideas for their quests not to feel obliged to change them.

Each player should review their quest with the DM to make sure it is complex enough without being too demanding on the story about to unfold.  In the long run, each quest should receive equal attention during the campaign; and each should have an equal chance at being resolved.

... the Capital of Assyria?

... the Air Speed Velocity of an Unladen Swallow? [African or European?]

The third question is different for every character.  The answer to it is a random factoid that helps further define your character in some way (I'm sure Sir Robin had some connection to Assyria ... I guess).  We will call this your Trivia.

Name and Trivia are just character flavor--they will help in creation of the character, but not necessarily in the character's developing story.  Quest, on the other hand, will continue to be in play until is it completed (see "Objective," below).

Armed with Identity, Quest, and Trivia, the players' characters can move on to interacting with the other characters who will become their party members.  To start, every player should be randomly assigned the name of another player:

The name you have drawn is the player's whose character has assisted you in your Quest.  If your group is keeping Quests secret, the two of you should meet privately with the DM to determine your connection to each other, and to your Quest.

If your party is particularly large (more than 4 players), pool all the name together again to draw a second time--being careful not to draw a duplicate name.  This second player's character has also assisted you on a different stage of your quest.

After making connections with your party, it is time to detail out your character. Follow the general steps of character creation--making minor adjustments to your Identity, Quest, and Triva if necessary.  Ever decision made about your character should be a reflection of at least one of these aspects.

Your Objective is the next step toward achieving your Quest.  Objectives will evolve over time as they are achieved, and the nature of your Quest is changes with complications.  Each character has a starting Objective that relates to their Quest which places them at the same starting location as the rest of the party.

To determine a character's objective, the DM must pose a question:  What about your Quest brings your character to [starting location]?  The location is set by the DM--but the reason for being there is up to each player.

Work with your DM to make sure your Objective is achievable, but not too easy.

Invoking aspects is an integral part of the FATE system.  By incorporating the Hero Points system from the Dungeon Master's Guide, something similar can be used in 5th edition D&D as well.

Hero Points are a reward for achieving Objectives.  At any given time, the maximum Hero Points that a character can have is 3 + 1/2 character level (rounded down; 3 at 1st level, 4 at 2nd & 3rd, 5 at 4th & 5th, etc.).  At creation, a character has 3 Hero Points, which is the maximum--he or she cannot earn more until these are spent.

Hero Points are earned on the following occasions:

Hero Points are grated readily because it is assumed that the players will use them as frequently as they are earned.  If players are not using their Hero Points, remind them at each opportunity that they would have received one, if they were not at maximum.

NOTE:  If using this system, do not refresh Hero Points each time a character gains a level.  Instead, track both maximum and current Hero Points as noted above.