Goliaths entered Dungeons and Dragons in 3rd edition's Races of Stone.  They were carried over into 4th edition's Player's Handbook 2.  In the current, 5th edition we first saw the race in the Elemental Evil Player's Companion; it later appeared again in Volo's Guide to Monsters.  In its relatively short time as part of the game, the goliath race took an important step in its development in 4th edition's rendition of the Dark Sun campaign setting:  In this setting, the goliaths replaced its quintessential half-giants--a race of true-breeding human-giant hybrids.

In this post, I will explore the giant-ness of golaiths.  When adapting the goliaths to Monvesia, I had replaced the Stone features of the race with Storm traits, highlighting their half-giant nature.  Now, I choose to explore how each true giant race could be reflected as its own goliath subrace. 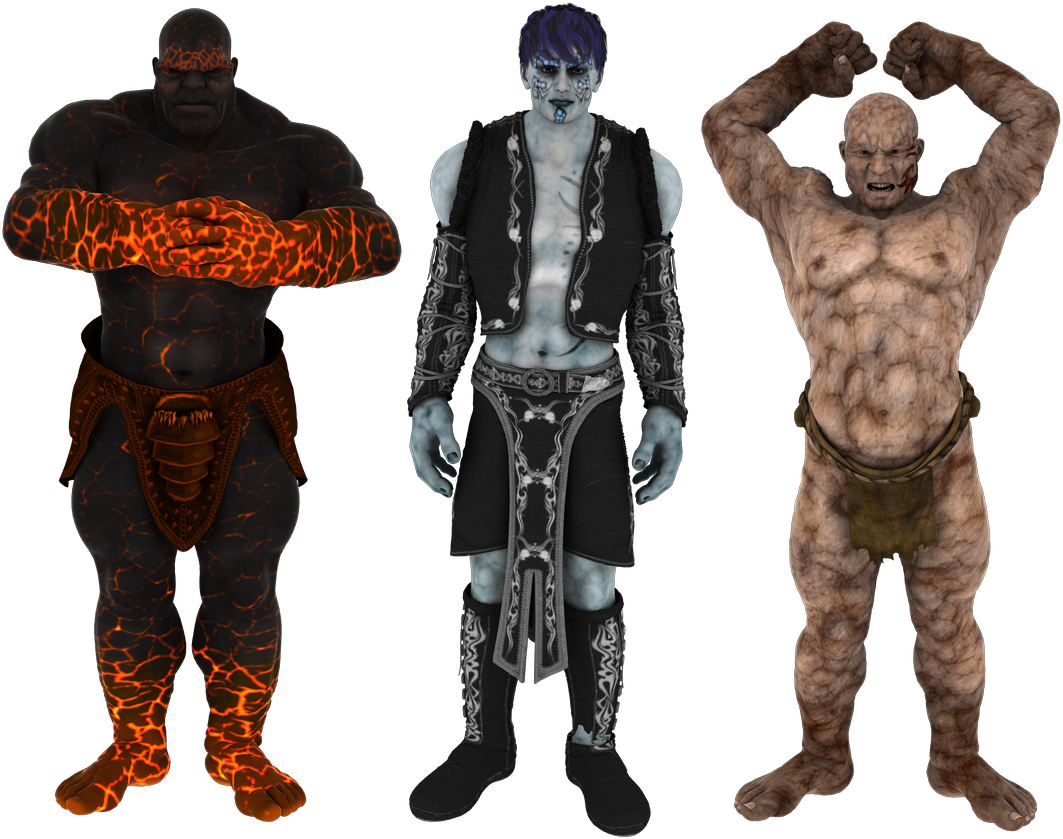