I had established early in the campaign that the local saints, Jostin and Ignatius, were one heroes who ascended to their place as venerable icons.  As the campaign advanced, I explored their mortal lives and hinted at their journey to immortality.  I had used the Immortal rules from Basic D&D to "explain" their ascension mechanically; and I wanted the players to realize that sainthood was something that they could aspire to as well, if they wanted. 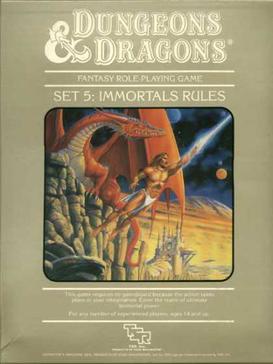 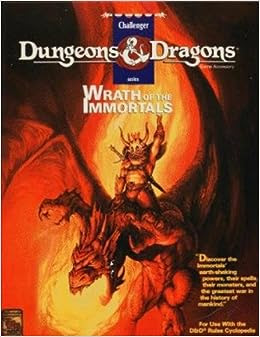 While the Immortals Set rules for Basic D&D explored life as a divine being, the rules for achieving immortality could be found in the earlier Masters Set, and were later reprinted in the Rules Cyclopedia. It is the latter rules that I would like to adapt to 5th edition.


Under the Pathfinder rules, I had planned on using Mythic Adventures to fill this purpose--but the campaign did not venture far enough for that to come up.  That ruleset has informed this adaptation as well.

Nearly every race is capable of achieving sainthood.  For most, the process is commonly called ascension--explicitly following the rules presented here.  For "otherworldly races" (such as elves, tiefling, and the like), the process is called transcendence.  While transcendence has the same outcome as ascension, its process is somewhat modified.

Sainthood must be won.  It can only be earned by successfully completing a series of extremely difficulty tasks.  The exact tasks needed to be performed are defined by your chosen Saintly Path:  Adversary, Confessor, Dynast, Legend, Polymath, or Thaumaturge.


I have chosen to use the term saint instead of immortal because immortality is a broad concept.  Saints, on the other hand, carry the connotation of "mortal who has become something more."  Saints include dwarven Paragons, rakasta Great Ancestral Spirits, and ascended or transcended members of other races.

A character must first reach 17th level to be a candidate for sainthood.  Once this level is attained, the character may begin research to discover the Saintly Paths.  These paths are not common knowledge.  The character will have to quest to learn the necessary information.


Basic D&D developed a scale of 36 levels, while 3.x D&D and onward is based on a scale of 20 levels.  For the sake of converting these rules, I will be altering Basic D&D level requirements to match the new scale:  For instance, "Name Level" (the level at which you are professionally known as a master of your class) is 1/4 max level--9th level in Basic, so 5th level in 5th Edition.  30th level is 5/6 of 36th level, so its equivalent is 17th level.

Every Saintly Path begins with the following steps:

The next stage of the process is to get your chosen saint's attention, then try to persuade them to guide you to sainthood.  This stage is a complex and nuanced process that will be covered in post 2 of 3 of this series.


NOTE:  A character that dies while completing the tasks of his or her Saintly Path will still achieve sainthood--and even gain an immortal body (new, if necessary).  Such saints are called martyrs.

While the exact tasks for each Saintly Path will be explored in post 3 of 3, here is a synopsis of each give you an idea of the different themes:

In BECMI, the Legend was the Epic Hero, while the Thaumaturge was the Paragon.  The Adversary and the Confessor are new additions to the BEMCI Immortal paths.

When a player character reaches sainthood, that character is meant to be retired from play.  Saintly former characters may reappear in the campaign as an NPC patron for their old companions, but little more than that.  Sainthood is presented as an endgame option for the campaign--for those players who want an achievable goal.


As per the Master Set:

If the DM desires, the new Saint may use his ability to become any form, to take on a mortal form to adventure with other PCs. A Saint may become any class/race of character of the equivalent level as the rest of an adventure party.  In this form, a Saint gains 1 point of Power for every 2,000 XP gained.