Goliaths of Raviq and Prace 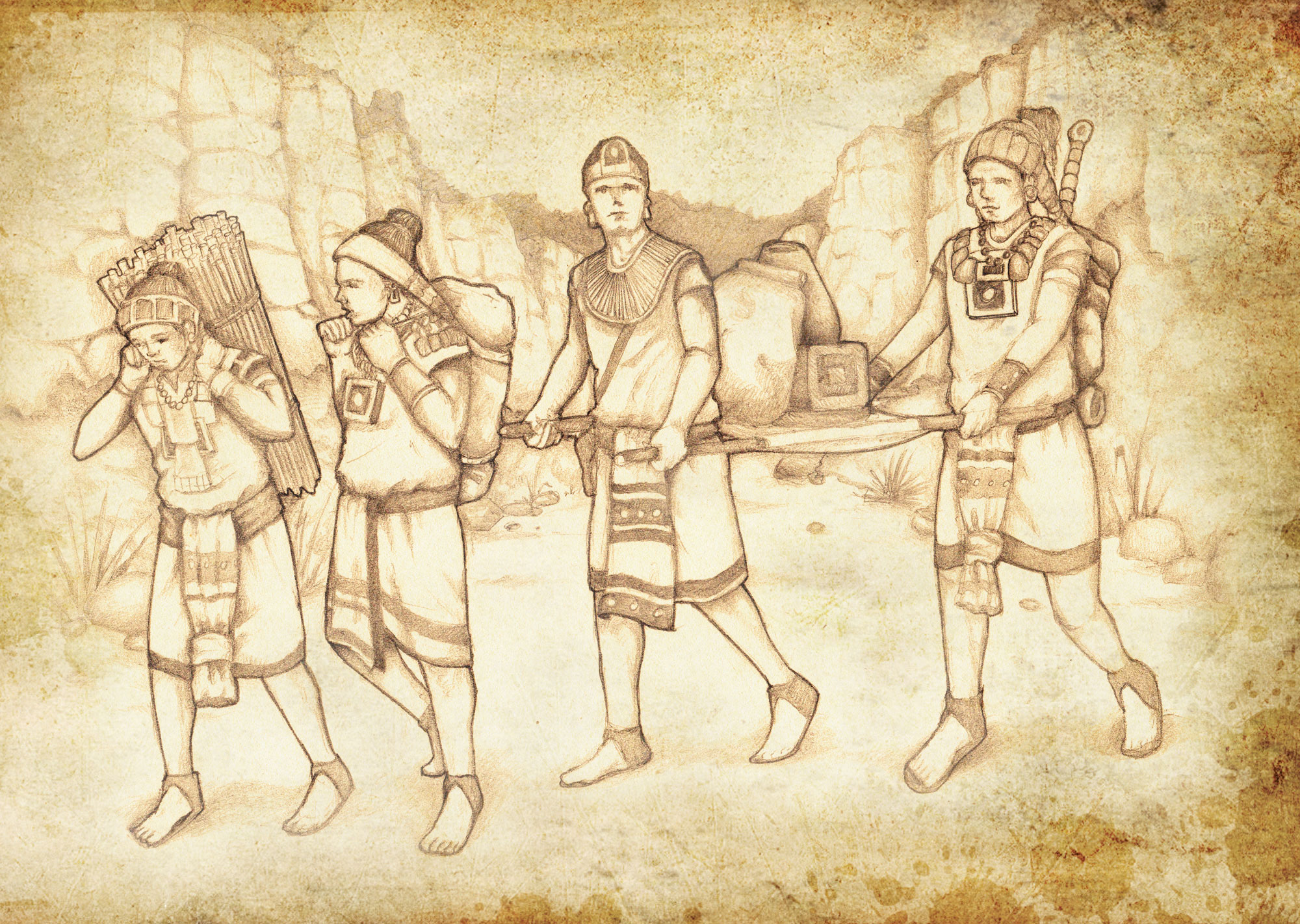 In the B/X rendition of this setting, I called this race [civilized] ogres.  I created a class for them that was an inverse of halflings.  When we ported over to Pathfinder, the half-giant adaptation from Dreamscarred Press' Psionics Unleashed was a natural fit.  When 5th edition was released, 4th edition titles went on sale, and I was able to pick up the setting books for Eberron and Dark Sun--which, alongside Mystara, are my preferred pre-fab settings.  In 4th edition Dark Sun, they had retconned half-giants as goliaths--the choice seemed wise, as that edition was already getting race happy.  When the player's companion was released for 5th edition Elementel Evil,  I saw that the goliath was adapted to the new ruleset.  Goliath was an obvious choice for this race in Monvesia--which had yet to be encountered by the players.

Before their exodus, goliaths lived a nomadic, hunter-gatherer lifestyle on the other side of the world, in a region of Raviq which they called Desolation. Here they lived in six, distinct tribes--each descended from an ancient giant race, now extinct.  After coming to Prace, they settled down as farmers, fisherman, and hunters in a land they came to call Inheritance. Today, there are 18 clans—each of which can trace its ancestry back to one of the ships of their exodus. Each clan is ruled by a patriarch, who is the direct descendant of a ship’s “captain.”

As the tribes grew over time, most came to be further divided into communes—smaller, extended familial units. Each ommune is ruled by an elder, who descends from that commune's founder. While elders are culturally subordinate to patriarchs, they hold equal political power (as each patriarch also serves as elder for the clan's first commune). A commune generally consists of a single settlements, typically called a villages--but may include smaller, subordinte settlements as well.

These settlements have banded together into three nations:  The Judiciary of Riplakor (governed by the Storm Goliaths who led their people out of Desolation), the Kingdom of Corianton (governed by the Stone Goliaths who struggled with the Storm Goliaths over the government of their race), and the Kingdom of Mahonresh (solely composed of the Fire Goliaths, who cared little for the struggles of their brethren).

In Riplakor, the largest of the goliath nations, each settlement is governed by an judge, who also serves as chief soldier. Patriarchs and elders are not automatically judges, but may be appointed to those positions.  The collected patriarch, elders and judges of all the communes and villages of Riplakish meet in council to discuss the needs of the confederation.  The leader of these councils is called a chief judge.

In Coriantum and Mahonresh, the communes all serve the patriarch of the ruling clan as king.


Goliaths are an insular race who rarely interract with other races beyond those who visit Inheritance.  The goliath word sherem roughly translates as "stranger;" it is a word they use for a member of any other race who has not been adopted into goliath society.  Goliaths refer to themselves and converts to their ways as pahoran.

Official stats for the goliath race can be found in Volo's Guide to Monsters; these stats represent the Stone Goliath sub-race.  Stats for the other sub-races can be found in another post.  In Monvesia, these sub-races are the tribes descended from each of six patriarchs, the Sons of Golai (aka. the Golites).  The modern clans are descended from the refugees of each barge of the goliath exodus--and these have banded together to form three nations.