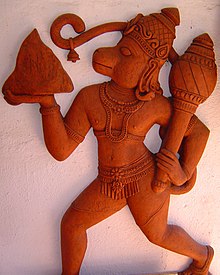 While developing a world for another 5th edition campaign, a player asked to play a Vanara--for which there are not yet official rules.  We found an option online that suited our needs, and modified the race's culture as necessary.  Having settled on a version of the race that I liked for 5th Edition, I began to wonder how this race might fit in Monvesia.

Vanara are native to Henjal, from a region known to humans as the Forest of Vines and the Sea of Sans.  According to tradition, Anumat was the first vanara--and it was he that taught the other monkeys the ways of civilization.  For millennia, they lived secluded in the Kallirukal region of the Panjou mountains--in the semi-mythical valley of Houdon's Vale, under the shadow of Mount Vascha.

Three vanara nations have risen to power amid eastern ruins of the ancient Empire of the Evening and Morning Star: Kallirukal in the southeastern Panjou Mountains, Kotiyakatu in the eastern Forest of Vines, and Manalkatal in the western Sea of Sand.  Recently, the Vanara have begun to explore the larger world around them.  Some have ventured into the Raviq to the west, while others have followed the trail of human and lizardfolk artifacts through the Sea of Sand to Prace in the east.  They have even established a trade route between Manalkatal and Veldistan.

The original stats I had chosen to use were once available at  http://www.enworld.org, but I have been unable to load that page recently.  I have re-loaded the traits here.  If the original author were to send me a new/updated link, I will provide that instead.

Ability Score Increase: Your Wisdom score increases by 2.
Age: Vanara mature a little faster than humans, reaching adulthood around age 14. They age noticeably faster and live for 60 to 75 years.
Alignment: High vanaras are strongly chaotic but equally strongly good. Many treetop vanara are often lawful and good, especially those in leadership positions. Whitecapes are not strongly inclined to any aligment, but are often neutral.
Size: Vanaras are slightly shorter than humans, standing 4 1/2 to 5 1/2 feet tall and typically weighing 90 to 140 pounds.
Speed: Your base walking speed is 30 feet, and your base climbing speed is also 30 feet.
Languages: You can speak, read, and write Common (Veldi in Prace, Henjali in Henjal) and Vanara.
Climber: You have a base climbing speed equal to your base walking speed. You can use all or part of your movement to move on vertical surfaces. You don't need to spend extra movement to climb.
Darkvision: You can see in dim light within 60 feet of you as if it were bright light, and in darkness as if it were dim light. You can't discern color in darkness, only shades of gray.
Nimble: You have proficiency in the Acrobatics skill.

Vanara have three subraces, each of which has its own culture and homeland in the West. Vanara of all three cultures can be found living together in Monvesia colonies.  Choose one of the following.

High Vanara (or Arivu) are native to Kallurikal, the mountains north of the Forest of Vines.  Their fur ranges from white through light blue to brown and black.

Treetop Vanara (or Kilaikal) are native to the Forest of Vines, which they call Kotiyakatu.  Fur colors with chestnut, ivory, and even golden coats are common.

Whitecape Vanara (or Stiram) are native to the rocky regions on the far western Sea of Sand, which they call Manalkatal.  Whitecapes usually have a thick white mane of hair on the head and shoulders (called a “cape”) and they have shorter tails than the other vanara subraces. 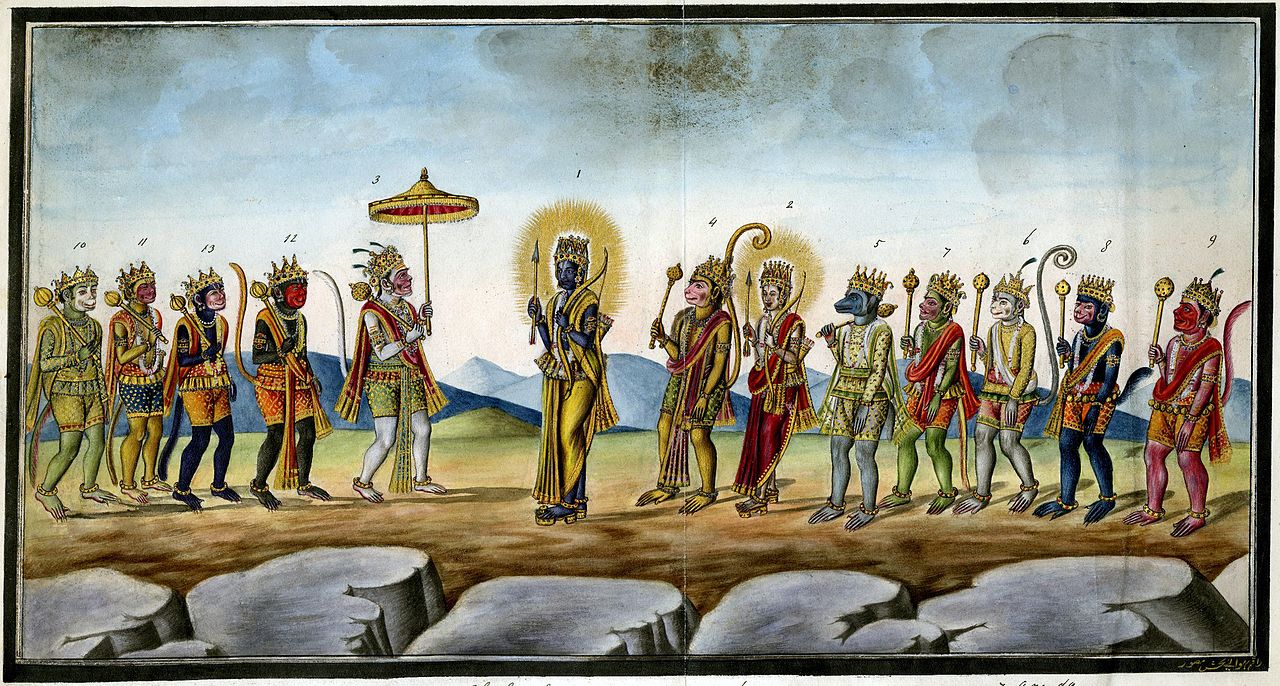 Vanara Religion - the Cult of Anumat

The Vanara honor Anumat as their patriarch and prophet; he is one of the asuras ("saints") of Henjal. Recognized as the First Vanara, myths regarding his life and death differ among the three cultures. All seem to agree that he is not done teaching, however:
Anumat's appearance is also a subject of great debate: Each subrace of vanara believes themselves to be the first, so naturally assume he looks like them.

Other asuras of Henjal are also recognized and honored by vanara tradition; in particular the Nagaraja, who is treated as an antithesis to Anumat.

Many vanara believe that they will return to the paradise of their origins, to a grand city that waits there.  They will commonly recite:  "At the base of Mount Vascha, in the Vale of Houdon, we shall find a city that has been prepared for us; and there, in Chanvhara, we shall find peace and prosperity." It is the search for Chanvhara that has brought the vanara out of Henjal.