Three new creature types were created for Monvesia in order to associate one creature type with each transitive plane as its daemon.  While several creatures were reclassified into these types, several more still need to be created.  In this post I will review the various creatures that can and will fill the ranks of these types. 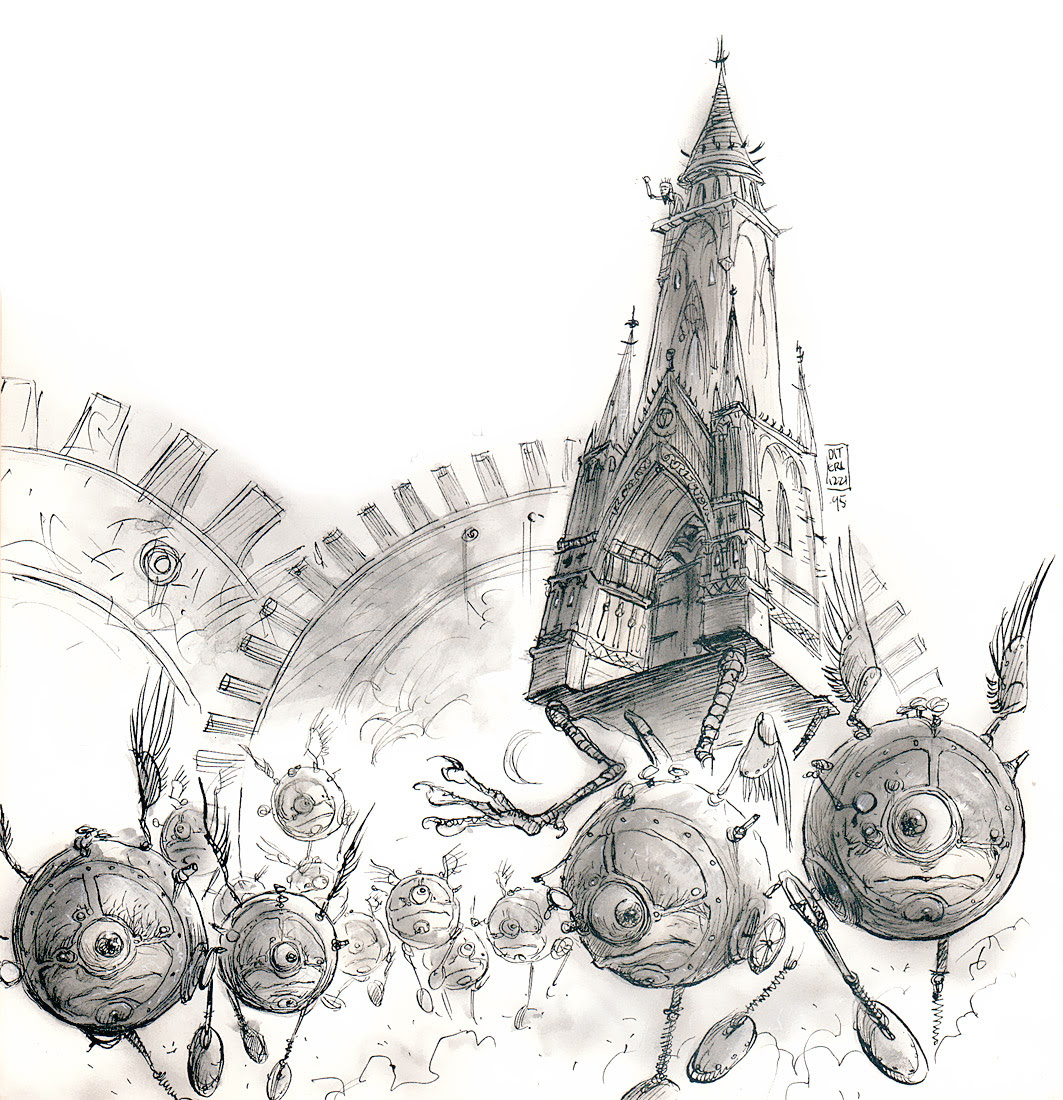 NOTE:  Three races from the Eberron campaign setting could find their way into Monvesia through these creature types:  Warforged as mortal modrons or inevitables; changeings as doppleganger descendants; or even kalishtar as embodied thoughtforms.

The list below includes creatures from throughout the history of the game--not just those presented for 5th Edition.

These clockwork beings are not the only inhabitants of Eternity--for every race and creature that could have existed does exist somewhere among the crossing streams of time.  Others must have become trapped in Eernity.  As the nature of the Legacies, archdaemons of the plane, is explored in more detail the other creatures may become apparent.  While the modron Primus is the most powerful of its kind, it is still not counted among the archdaemons.


The near region of Infinity, commonly called Per Speculum, is teeming with non-specific life, waiting to change its form to resemble who- or whatever may peer into a reflective surface.  This is, in part, a defense mechanism--no one can attack or enslave them if there is no proof that they exist.  Mimics act in opposition to this "rule," however: for they can be noticed whenever an extra item appears in a reflection.

Grotesques are doubles that have been transformed in an attempt to mimic a distorted reflection--the bodak a grotesque humanois and the luecrotta a grotesque quadruped.

Reflecteds are mortals (native inhabitants of the Mortal Realm) who have been altered by a connection with Per Speculum.  The most common of these is the otherworldly human changeling.  Goblins have also been affected by Per Speculum, but not as drastically (or cinematically) as humans; goblins warped by this plane become nilbogs.  In a way, reflected are the opposite of grotesques.

The most powerful doubles are the Deep Reflexions, and they have become the archdaemons of Infinity.

The taintspawn are a subset of thoughtform that are not native to the Dreaming. They have been detailed in another post.

A class of unique and powerful egregores called Muses are the archdaemons of their kind.