With angels redefined as divinities, the ranks of celestial creatures have been diminished.  What remains from the core rules has been augmented with sphinxes and a horned serpent in order to fill the Empyrean with majestic beings of law and goodness.  The greatest of these beings are the Virtues--most of which embody two or more celestial creatures.

The Virtues of the Empyrean are companions to the Vices of the Inferno.  Though goodness (Altruism) and chaos (Vitalism) are not necessarily at odds, these two groups represent represent opposing ideals.  Indeed, not even their Transitive Planes are in opposition; in fact, both planes share influence from the Aerosphere and the Pyrosphere.  For this reason, the planes are sometimes called the Fire Above (Empyrean, influenced by the Hierosphere) and the Fire Below (Inferno, influences by the Necrosphere). 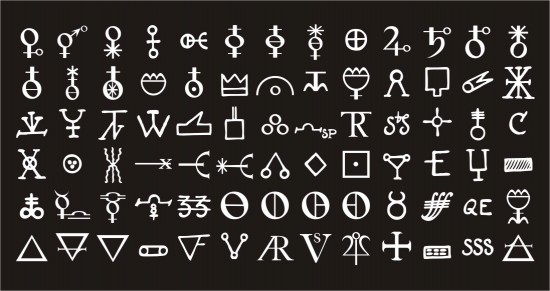 RETCON NOTE:  With the removal of hybrids from the double  (formerly reflection) type, the sphinxes have been reclassified as celestials--and that influence is seen here. The same edit reclassified the Lamia as a fiend.

Pact Boon: Pact of the Sigil

Altruist warlocks may choose from any of the patrons listed below.  A follower of one of these, or any other Celestial patron, may choose the following Pact Boon a 3rd level:


Pact of the Sigil.  You can use your action to create a pact sigil in your empty hand.  This sigil appears as a glowing tattoo in your palm and acts as a holy symbol for the purpose of channeling the divinity of your patron. Using this sigil, you have the ability to turn undead (as described for the Cleric in the Player's Handbook).  Once you have used this ability, you must finish a short or long rest to use it again.  When you use this ability to turn undead, the DC equals your warlock spell save DC.  At 12th level, you may use this ability twice before needing to finish a rest.

Guardian of the Gates

Dharadeel prefers the form of a majestic androsphinx with two pairs of rams horns (both curved and straight).  At times, he has also been known to appear as a four-horned criosphinx (ram-headed), or even a ram-headed empyrean. He can be found guarding the entrance to an ancient, palatial temple in the Empyrean.  Few are allowed entrance, and Dharadeel prefers tests of strength and skill.  He is the son of Ezripheel.

Dharadeel favors warlocks who are strong [having a moderate to high Strength score]--particularly those that value courage and honor.

Mistress of the Celestial Steeds

Eldejeel takes the form of a centaur-like creature that is part empyrean, part pegasus, and part unicorn; her wings are rainbow and iridescent, her horn pure silver.  When the occasion calls for it, she may simply appear as an albino empyrean with wings and a horn.  Wherever she travels, unicorns and pegasi follow--for they are the heralds of her coming and the harbingers of her wrath. That wrath, however, is reserved for heretics and blasphemers.  She is the sister and rival of Nekheel.

Eldejeel favors warlocks who are graceful [having a moderate to high Dexterity score]; and those who are quick to give respect.

Ezripheel favors the appearance of a glorified gynosphix with hair of feathers, and wing-like feathers on her arms.  She may also appear as a multi-colored heiracosphinx (hawk- or falcon-headed), or a falon-headed empyrean.  Any who come to seek her council are tried with labyrinths, riddles, and other puzzles--for only those as patient and discerning as her deserve to enter her presence.  She is the mother of Dharadeel.

Ezripheel favors warlocks who endure [having a moderate to high Constitution score]; neithe rhthose qho are quick to judge nor those who are slow to act.

Charger Against the Guilty

Nekheel is a centaur-like virtue, part empyrean and part ki-rin; he has three, short, branching horns--one gold, one silver, and one bronze. If necessary, he will appear as a empyrean with scaly gold skin and three horns.  His epithet does not simply refer to his role as prosecutor and judge--but also literally to his habit of goring with his horns those he finds guilty.  He is the brother and rival of Eldejeel.

Nekheel favors warlocks who are intelligent [having a moderate to high Intelligence score]--neither stricct nor merciful, but honoring both the spirit and the letter of the law.

Qasreel takes the form of a horned serpent (a celestial creature similar to the couatl), or of a snake-skinned empyrean female with stag horns.  She rarely speaks--and when she does, it is in a still, small voice.  Listen carefully when she does, for every word she utters may shatter your understanding of reality with the secret she had deemed you worthy of hearing.  She is the mate of Tzivreel.

Qasreel favors warlocks who are charismatic [having a moderate to high Charisma score]--those who understand how to redirect their anger and their joy.

Tzivreel takes the form of a couatl, or else a snake-skinned empyrean male with multi-colored wings.  His voice is loud and booming--and everything he speaks deserves to be heard.  Disciples flock to his side to hear his words a share them with the worlds--mortal and immportal.   He is the mate of Qasreel.

Tzivreel favors warlocks who are wise [having a moderate to high Wisdom score]; she values those who correct themselves when they are wrong and value teaching others over berating them.

Qasreel and Tzivreel are often encountered together, intertwined while in flight.  Their love for each other is often seen by altruists as an exemplar to achieving unconditional compassion.
Posted by ENC at 10:32 AM