I'm DMing Without XP, and my Players aren't B*%@#ing about It

I have received some ... dissenting opinions in response to my post "Eliminating XP."  The general theme of these responses is that XP are a good way to reward characters not only for the typical reasons, but also for ingenuity and playing in-character.  I attempted to advance the idea that these could be rewarded using game mechanics other than XP.  However, my initial post doesn't really go into this--it glosses over it with links to another post wherein Hero Points are discussed in an epilogue.  I have since made an effort to gain some experience with this type of play, and will share with your my experience and insight. 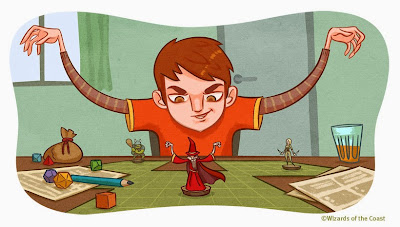 As most of you should be aware, I have been running a Pathfinder campaign since last fall. In this campaign, I have chosen to avoid experience points.  My regular players include two D&D veterans, two players with only a couple of years experience, and two brand new initiates into RPGs.  When I informed them that I would be awarding experience levels based on attendance and participation instead of combat, no one complained.  When I told them they would receive Hero Points as rewards for special actions, they didn't really know what I was talking about.

After encouraging my players to uses their hero points once or twice to show what they could do with them (and allowing a lot of freedom beyond their proscribed use), my players have come to appreciate the kind of reward that Hero Points are.  This is also enforced by removing Hero Points whenever a player distracts other players, derails the game, or is otherwise disruptive.  More often, however, Hero Points are rewarded as prizes for good role-playing, ingenuity, or just f*@#ing getting it.

While I wish my players would actually use their Hero Points more often, they do at least talk about them regularly.  Heck, they will even point out to me when they think another player has earned a Hero Point.  This tells me that they accept that Hero Points are a valid reward for role-playing.  And since I reward Hero Points in play, the players get instant gratification for their good gaming.

At the end of the session, I am not bogged down by a lot of math.  Instead, the players ask me if anyone leveled up.  I pull out my stack of player record sheets and add the day's session to the record of everyone who was present.  If anyone has completed the necessary number of sessions, I let them know that their character has leveled up.  If a player has to leave before that announcement, then I can just text them about their new level; I on't need to compare and confirm 4+ digit numbers.

I believe that my "experiment" without XP was a success.  When playing with a balanced experience system (3.x, d20 Modern, 4th, 5th, and similar), I do not foresee myself using XP again.  I enjoy the flow session conting provides--and I like that it makes my players thing about more than just combat.  Combat encounters do not have to be strictly balanced, either.  This has offered me the freedom that I need to run the game that I want.  I look forward to seeing this system works with another game system.
Posted by ENC at 8:05 PM