Factions of Monvesia: Crusaders & the Ninety-Nine

Time to go the other direction:  Instead of adapting elements of Monvesia to 5th Edition, I want to to explore how elements of 5th Edition might be adapted for use in Monvesia.  For example, the RPGA has introduced Factions into D&D organized playe.  Factions are major power groups that player characters can interact with, gaining prestige and rank--offering a chance not only of mechanical benefit, but also role-play opportunities.

In the past, I have introduced two faction-type organizations in Monvesia:  the Crusaders of the Temperamental Orders (detailed in an earlier post) and the League of Ninety-Nine.  As I have pondered this topic, I have considered adding an "Imperial Order" as well as factions tied to other races.  However, in the interest of keeping development of the world tied to the player experience, I won't detail any additional factions they become necessary in play.


Okay, so maybe that last part was wishful thinking.

Crusaders of the Temperamental Orders

Adventurers working with Temperamental Orders may become members of military [Crusader] orders, regardless of class (though the nature of the orders favors clerics, paladins, and eldritch knights).  Crusaders work to defend the tenets and adherants of their philosophies--even if this "defense" is of an offensive in nature (investigating and eliminating threats). As noted in an earlier post, the Temperamental Orders are not exactly a united faction--though they do share a common tradition.

Military orders can operate independently of other Temperamental Orders, though they are often found in tandem with a religious and/or arcane order.  For example the Hospitallers of St. Jostin are the military arm of the religious Order of Saint Jostin; while the Avengers of  St. Igantius were founded by the Society of St. Ignatius to defend Vastfurt Tower.

Equivalent:  When compare to the five factions of 5th Edition Forgotton Realms, the Temperamental Orders are a hybrid of the Lords' Alliance and the Order of the Gauntlet.

I had considered presenting each denomination (Ancient, Independent, Universal, Metropolitan) or philosophy as individual factions, but I figured that this would be too bulky.  Though there may be doctrinal differences between the various orders, they all operate on the same basic model with essentially the same goals.  Piety, presented as a variant of renown in the Dungeon Master's Guide, could have also been an option for factions in general--but there is more to the world than the temperamental orders, regardless of how pervasive they are. 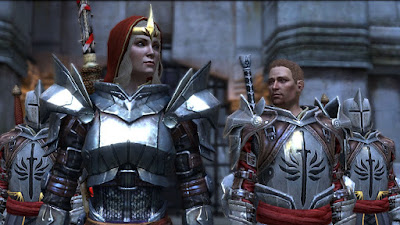 To ensure the safety and prosperity of the civilized world, and to be champions of the people and the philosophical temeraments.  This means identifying threats, watching over them, and being ready to attack at a moment's notice. (These are always retributive strikes, never preemptive.)

Each Order's specific aims and goals are different--but renown gained in the service of one order will carry over to another order of the same philosophy.

The Leagues are an association of subversives seeking to shape the politics of Monvesia.  While the majority of their ranks are composed of bards, monks, rangers, and rogues, it is open to characters of any class capable of operating independently in the shadows.  The Leagues are interested in keeping power where it will be used, not squandered--often handing it to members of the order, or its allies.  Neither benevolent nor malevolent, the Leagues' goals are their own business.

Without knowledge or consent, the Leagues will choose sides in any conflict it believes will destabilize the region. It has been rumored that the Honderreicher League was instrumental in the downfall of the Hindland and subsequent rise of the Kleimland in its place.  Likewise, the Montaignese League played the Verderben conflict in order to secure Waschbar's independence and dominance over the Helvet.  So also did the Imperial League keep the Zweihertogen from collapsing until Zyrndy's regional influence could be secured.

For every conflict, there is a League of Ninety-Nine toying with every side.  As conflicts change, each League's region of influence changes with it.  Known Leagues include:


Only the members of a League know the region of  its concern; and only the Chief Numeraries of the Leagues know how many Leagues are operating at any given time.


Equivalent:  The mainstream D&D equivalent would be the Zhentarim, though it also includes aspects from the Harpers. 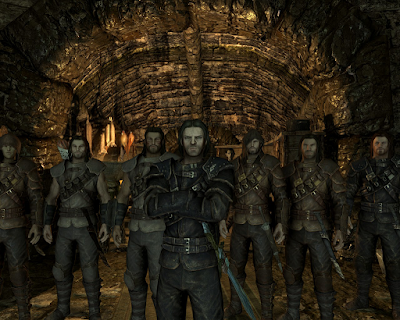 To amass wealth, power, and influence where it will be used.  To gather information throughout Monvesia, discern the political dynamics within each region or realm, and promote stability and development by covert means. Act openly as a last resort. Thwart any leader, government, or group that threatens stagnation.

All members of each League of Ninety-Nine bear numerical titles--with each title (Ninety-Nine through One) used only once.  These titles change regularly as members advance in prestige.  Each League maintains it own Ninety-Nine members.

Any Able Numerary or higher may approach and initiate a Contender--but a second Numerary must recognize that contender as an Associate of the League.  To claim the title of Ninth, a character must seek out recognition from Chief Numeraries First through Eighth.  While all League members have a vote/say in the direction of the League (most decision being made by a major majority of 66 members), it is the Chief Numeraries who can be said to govern it; a unanimous vote of the Chief Numeraries can over-rule a majority vote.