Minotaur has become a catchall term for "cattlle-folk" in modern gaming:  anthropomorphic races resembling bovidae (cows, sheep, goats, gazelles, buffalo, etc.) or other ungulates.  The term comes from Greek mythology, and literally means "bull of Minos;" for this reason, I reserve it for bullfolk below.  Other names are similarly drawn from mythology.

A staple of this growing trope is that both genders have horns--which is not uncommon among the natural species they represent.  For this reason, the generic name for each subrace is based on the common noun used for a male of the various species represented:  bullfolk, ramfolk, stagfolk, and buckfolk.

To play an alternate cattlefolk subrace, disregard the features identified below as being specific to the minotaur. Instead, apply the traits of your chosen subrace. 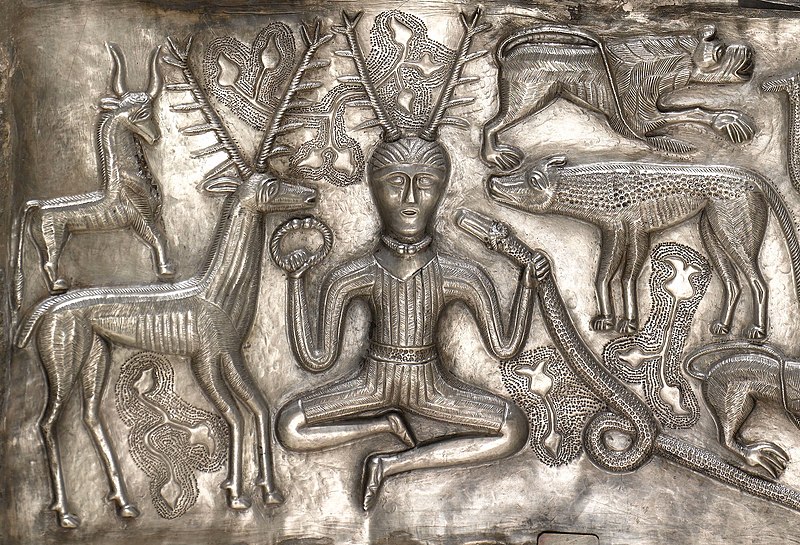 Ability Increase:  +1 Wisdom
Long Jump:  You can jump vertically and horizontally an additional 10 feet.
Cantrip:  You know one cantrip of your choice from the cleric spell list.  Wisdom is your spellcasting ability for it.

Ability Increase:  Dexterity +1
Fleet of Foot:  Your base walking speed increases to 35 feet.
Mask of the Wild:  You can attempt to hide even when you are only lightly obscured by foliage, heavy rain, falling snow, mist, and other natural phenomenon.

These are the minotaurs of Amonkhet.  They are also the Khnumites of Nefret.

Bullfolk are the classic minotaur, those found in Ravnica.  They are the Apisites of Nefret.