Four varieies of "birdfolk" have been presented in secondary and tertiary sources for 5th Edition D&D:  The aarakocra was presented as a playable race in the Elemental Evil Player's Companion; the kenku in Volo's Guide to Monsters; and the aven and siren in two installments of Plane Shift (Amonkhet and Ixalan, respectively).  From three of these--aarakockra, aven, and siren--a common base race can be extrapolated; the remaining details of each race can then become the various birdfolk sub-races.

There are two methods of determining base traits:  1) Use the aarakocra traits from Elemental Evil, but disregard the features identified below as being specific to the aarakocra subrace; 2) alternately, use the aven base traits as-is.  In either case, apply the traits of the desire sub-race to the chosen base traits.  All birdfolk in the same campaign should use the same base traits. The only real differences between the two are alignment and age.


Kenku are specifically excluded from the birdfolk below.  Unlike aarakocra and aven, kenku are flightless--a feature core to the lore of the race.  Kenku should be treated as a unique race, related to other birdfolk as gnomes are [often] related to dwarves.

In early editions of D&D, aarakocra were depicted with hands on their wings; while in 5th edition, illustrations commonly show wings and arms as separate limbs.  The aven of Magic: the Gathering also mostly six-limbed, save for the four-limbed aven of Tarkir.   Sirens of Ixalan and the aven of Amonket are even more human-like than the birdfolk of other worlds--which sirens having human-like faces, and these aven only having bird-like heads and wings.

Any of these physiognomical paradigms may be used without changing the game mechanics of the race.  The physical appearance of birdfolk, beyond the specifics detailed below, are a matter of campaign aesthetic.  All birdfolk of a single setting should share the same basic appearance--such as the four-limbed aven of Tarkir, or zoocephalic aven of Amonket. 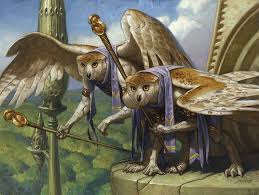 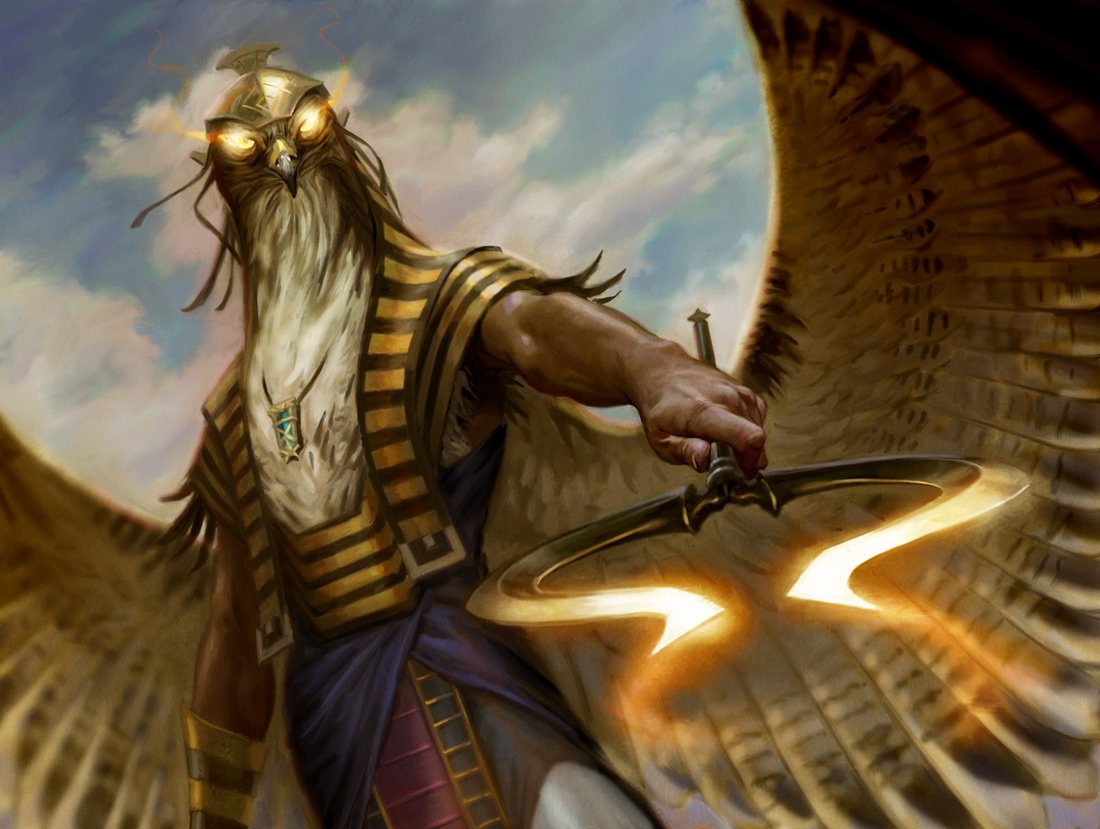 The birdfolk of Monvesia, called tengu, are four-limbed with bird faces like older-edition aarakocra and the aven of Tarkir.  The known sub-races of this setting are marked with an asterisk (*), below.

These are also the dominant aven race of Dominaria.

Ability Increase:  +1 Wisdom
Fast Flight:  Your flying speed increases to 50 feet.  (Other subraces only have a flying speed of 30 feet).
Talons:  You are proficient with your unarmed strikes, which deal 1d4 slashing damage on a hit.

These are the hawk-headed aven of Amonkhet, the aven from Bant on Alara, or the Temur and some Jeskai aven of Tarkir.  They are also the Horakhtites of Nefret.

Ability Increase: +2 Wisdom
Hawkeyed: You have proficiency in the Perception skill. In addition, attacking at long range doesn’t impose disadvantage on your ranged weapon attack rolls.

These are the ibis-headed Aven of Amonkhet, or some Jeskai aven of Tarkir.  They are also the Jehutites of Nefret.

These are the aven from Grixis on Alara, or the Abzan aven of Tarkir.  They are also the Nekhbites of Nefret.

Ability Increase: +1 Constitution
Carrion Sense:  You know the spare the dying cantrip and can cast it without material components.

These are the peaceful aven of Dominaria.

Ability Increase:  +2 Wisdom
Beneficial Insight:  You know the guidance cantrip and can cast it without material components.

This subrace is based on the aarakocra description from Elemental Evil, which mentions aarakockra that resemble parrots.

Ability Increase:  +2 Charisma
Mimicry:  You can mimic sounds you have heard, including voices.  A creature that hears the sound you make can tell they are imitations with a successful Wisdom (insight) check opposed by your Charisma (Deception) check.

Sirens resemble sea birds such as albatrosses or gulls.

Siren Song:  You know the friends cantrip and can cast it without material components.
Posted by ENC at 1:32 AM