Robotech is a multi-generational story involving the members of two major families:  the Sterlings (Max, Miriya, Dana, Maia) and the Grants (Claudia, Bowie, Vince, Jean).  Along with these, the name of Hunter is spoken of with a reverence akin to that given royalty--a place of reverence earned in part by deeds done and in part by marriage.  To translate these tropes for the Artifice Saga, I present the Great Houses of "Earth" (with apologies to Game of Thrones).

Relevant great houses are listed below, with their coats of arms.  Any member of any Great House in service to the Artifice Expeditionary Company may select the noble background; and most others may also select either the soldier or sailor backgrounds--representing the officers, combat personnel, and support personnel of the Company respectively.  In addition to these, one or two other backgrounds will also be available to each house, representing its history or current role in the company.  If applicable, the religious affiliation of each house is also listed--though it is not uncommon to go against family tradition.


Humans and Language.  Since the human language is not the default common tongue in this campaign, all humans begin play knowing two languages:  Earthing ("human") and the Zentraedi ("orc") dialect of Common.

Orcs and elves speak their own dialects of Common--Zentraedi or Tirolean, respectively.  In addition, Orcs speak Earthling and Elves may speak one other language of their choice (typically Invid ["goblin"]).  Half-Orcs and Half-Elves speak Zentraedi/Tirolean and Earthing.

Military Rank.  The soldier's background feature may seem underwhelming in a the militaristic setting of the Artifice Saga.  However, current rank is treated as a function of renown with a given faction.  The military rank feature of the soldier represents past service during the Great War, Orc War, and/or Malcontent conflicts.  The feature could be treated as "Combat Veteran" without any mechanical changes. 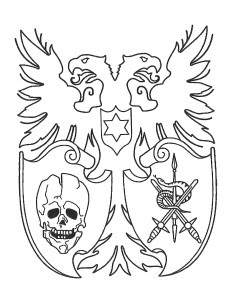 House Edwards once held far more esteem than it does today.  In a last effort to win back the prestige he lost during the Orc War, Duke Edward committed all of the remaining resources of his house to the Artifice Expeditionary Company.  This has allowed him a place of honor among the company's leadership--though that honor comes at no small cost:  The duke is now forced to cooperate with rival house Hunter as leaders of the Artifice Expeditionary Company.

Earth's second artificer was Count Lazlo, protege of Graf Emil Lang.  The two worked together in rebuilding Zor's ship, and unlocking he secrets of its new magic.

House Edwards has lead the Lightning Corps of paladins since before the onset of the Orc War.  This corps is among the resources that Thomas has pledged to the Company.

Paladins of the Lightning Corps follow the Oath of Vengeance.  They typically use the defense or great weapon fighting styles.  Their steeds resemble guard drakes. 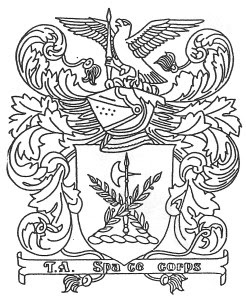 One of the older houses connected with the Artifice Expedition, House Grant has been a major player in Earth politics since the Great War.  Both Vincent and Claudia served with the Artifice Defense Corps during the Orc War--though Claudia was lost early on during conflicts with the malcontents.  In the wake of severe losses to he family, Vincent is now Duke of the House.

House Emerson is a vassal of House Grant.  Duke Vincent's son is being fostered by Lord Rudolph (brother of Vincnet's wife, Lady Jean) back in Monument, the new capital of Earth. 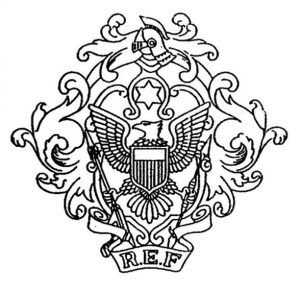 Before the Orc Invasion, Hunter was a minor house led by a Count (locally called an Earl).  Houses Fokker and Hunter had been close allies during the Great War that has preceded the Orc Invasion, and Earl Mitchell even fostered the heir of House Fokker.  House Hunter was famous for is tourneys, during which Earl Mitchell's son Richard served as a squire to young Lord Roy Fokker.  The bond of trust and brotherhood they formed served them during the Orc War.  Mitchell died shortly before the Orc War, and so Richard was a young head of house during that conflict.

It was during the Orc War that House Hunter forged the alliances that would bolster its prestige.  Among those was House Lynn, which rose to prominence through the actions of the bard Lady Minmay and the monk Lord Kyle.  House Lynn's loyalty to house Hunter is shaky, but has been strong enough for Lynn to join the ranks of the AEC.  Unlike other houses, great and lesser, the patriarch (Bo) of house Lynn is sill alive.

More important to the advancement of House Hunter is its merger with House Hayes.  Lord Admiral Donald Hayes of the Artifice Defense Corps died at the end of the Orc Invasion.  With no male heirs, rulership of the house passed to his daughter Elizabeth, who now serves as Lady Admiral of the Artifice Expeditionary Company.  On the eve of the Company's departure, Lady Admiral Elizabeth married Earl Richard, bolstering the prestige of House Hunter--and uniting the remains of both houses.

To in order to maintain some level of anonymity, the children of Earl Richard and Lady Admiral Elizabeth have taken the name Rush. 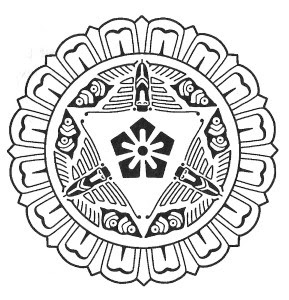 Graf Emil of House Lang was Earth's first artificer, having learned the secrets from the artifacts found in Zor's battleship.  He then taught others the craft, and came to represent its premier authority.  Emil's adopted daughter, the Lady Janice, forged an alliance with Lady Minmay of House Lynn shortly before the launch of the AEC.

Stewardship of Fort Liberty, and the Artifice Research Institute established there, was granted to House Reinhardt, a loyal vassal of House Lang.

Sterling is a new house established during the Orc War when a human paladin married an orc warrior.  Peace between the two races soon followed, and Sir Maximillian was elevated to a countship as a reward for his part in the peace process.  Many humans and orcs both have since sworn as banner-men to this house.

Parino was an Orc clan led by Commander Miriya during the invasion.  These orcs continue to follow her as she has become to matriarch of House Sterling.  As an effort to assimilate into human culture, the clan has re-structured itself as human noble house.  Though nor originally of the clan, Rico was appointed Margrave--and charged with the protection of young Lady Dana Sterling, heir apparent of the great house, back at Earth.

During the Orc War, the Valkyrie Corps of paladins was the stewardship of House Fokker, passing on to House Hunter after the death of Count Fitzroy.  With the establishment of the Company, Duke Richard has charged Count Maximillion with the corps--and House Sterling as its stewards in perpetuity.


Paladins of the Valkyrie Corps follow the Oath of the Crown. They typically use the dueling or protection fighting style.  Valkyrie Corps steeds are warhorses--though of exceptional beauty and otherworldly appearance; their coats are often of exotic coloring, matching the personalities of their paladins (Maximillion's is blue, and Miriya's red). 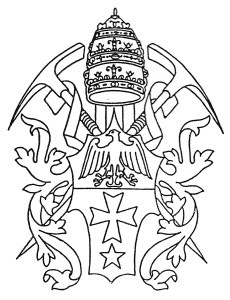 Barely more than a lesser house even by the time the Orc War ended, House Wolfe rose to prominence during the subsequent minor conflicts with pockets and reminiscent waves of malcontent orcs.  In the ten years between the end of the Orc War and launch of the Artifice Expeditionary Company, Baron Jonathan had gained enough prestige to be counted among the Company's leadership.

Established during the malcontent conflicts, the Wolf Corps of paladins was one of the first to join the Company.  This corps' membership includes nobles from houses Baker, Bernard, and even Hunter (under the cadet name Rush).

Paladins of the Wolf Corps follow the Oath of Devotion. They typically use the two-weapon fighting style (their "Alpha Blade" and "Beta Blade"; not a common style for paladins).  Their steeds are dire wolves.