The archfey of Monvesia have already been visited briefly in the warlock entry of Mages of Monvesia.  Here I will explore each of the chief, five archfey in some detail.  Though each of the archfey represent one race or another, all are unique and powerful creatures. 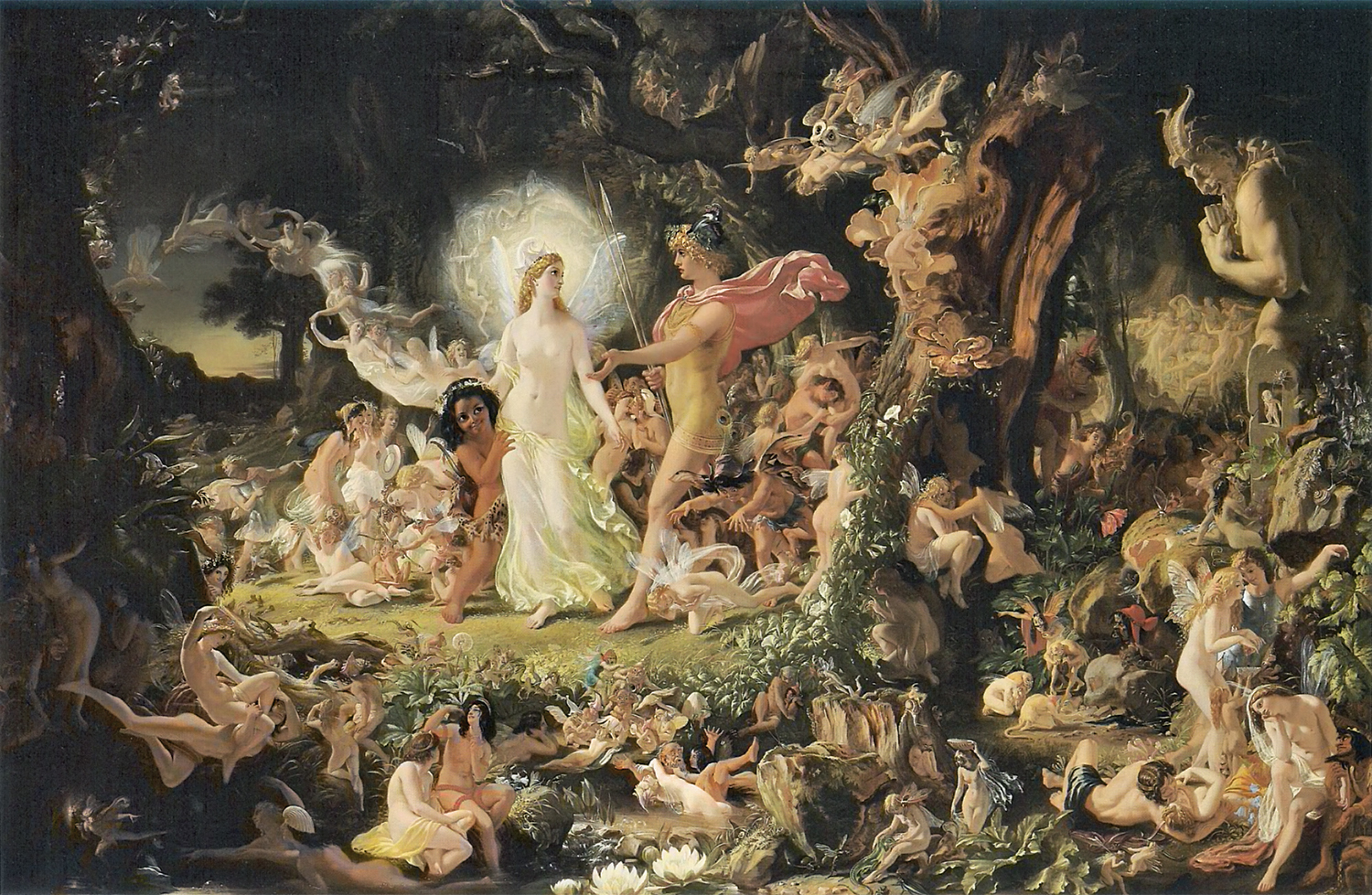 Äiti is equal parts dryad, sylph, and naiad--the mother of all the forest and its creatures.  Often depicted as a being of light and air with white robes, pale skin, and gossamer wings--she is equally at home in ponds, river, groves, and mighty oaks.  Äiti is goodness and creation personified; while slow to anger, her wrath is swift and powerful when it is needed.

Ever nude, her bronze skin contrasts with the silver helm she wear and silver sword and shield she carries.  It is Neito's dancing, accompanied by her banging of sword and shield together in a frenzied rhythm, that keeps the time of the year; when the dance shifts into a new rhythm, the season follows; the archfey take their place as grand monarchs for the appointed times.

Linguistically, the elfish language would have a gender-neutral pronoun used for all children and adult dactyls [formerly called "lares"].  For ease of understanding and simplicity, I will use singular they here.

Though as twisted and deformed as other hags, Noitia's power and dignity over them is unmistakable. With sable robes trimmed in silver, flowing white hair, and deep black eyes, they are as beautiful as they are terrifying.  They are the overseer of all fey magic.

Sarvipäinen is the eldest and most powerful satyr, and is distinguished from his progeny by having two pairs of horns: one pair swooping straight back, over his head; and one pair curling around his ears to point forward.  These horns, as well as his hooves, are black, while his skin is brown and fur reddish.  He is both reveler and destroyer.

As chief of the plant fey (treants, wood woads, vegepygmies, and even blights), Vihreät's form most resemples theirs:  their skin is as bark; and their hair is like leaves. They are something of shapechanger, however, capable of adapting their leafy form to any shape that suits them.  Wherever they step, vines and ferns grow lush at their feet.

Each court hold authority over particular types of fey.